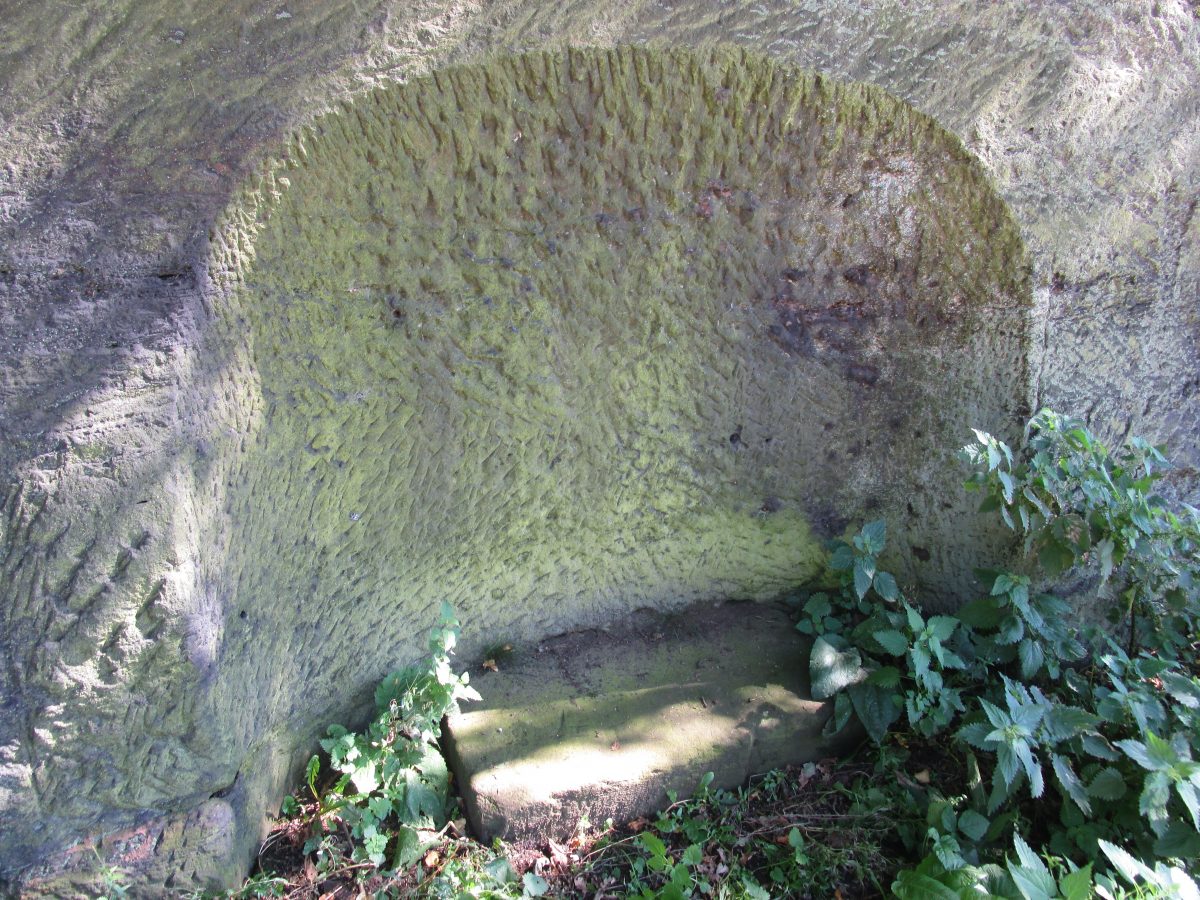 In an 1860 edition of the Western Daily Press, it was reported that James Kendrick esq, MD, of Warrington, had developed the idea of erecting substantial stone seats for weary travellers at the sides of highways that were well used by pedestrians. Although he thought that it was best to rest in a completely recumbent position, he realised that this was impracticable on the highway and so designed low seats that enabled the body to be leant forwards, with elbows resting on the knees.

He decided that 16” was the best height for the seat, with lower ones of 12” and 10” at each side, to be used by children. The base should be 5’ 3” long and the top seat 3’ 3” long. This should be slightly rounded so that the rain would run off. It measured 22” from front to back to give space for a ‘bundle’ or to accommodate two other travellers if necessary. He also thought that this design would facilitate nursing mothers, who could use the lower seats as a footstool.

It was his hope that the whole route of the Liverpool to Manchester highway should have these seats at 2 mile intervals, to facilitate, in particular, the movement of Irish immigrants at harvest time. He approached local wealthy and benevolent residents, asking them to fund the seats.

Several of these seats remain in our area and it is thought that this seat pictured was one of them, although built to a different design. It can be found in Daresbury at the junction of Chester Road and Newton Lane, where it was hewn out of the sandstone face.