The Home Guard was an armed British militia that supported the army during WW2.  It was largely manned by those too young or old to join the regular armed forces and also those in reserved occupations.

Its role was to try and slow down the advance of the enemy and also to defend key communications points, factories, airfields and ammunition stores.  Additionally, it was to control the civilian population in the event of an invasion, control road blacks and coastal defences.

We know of these men from the parish who served in the Home Guard, maybe you know of more. 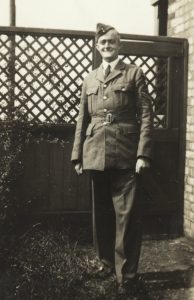