Richard Harcourt Poulson was born in Birkenhead in 1921.  His parents were Harry Frederick and Helene Margaret.  Harry, born in Wolverhampton in 1895, became the managing director of Unilever at Port Sunlight.  At the time of the outbreak of WW2, he and his wife were living in the Gorsey Hey Hotel, in Bebington.  By 1942, they had moved to Haslemere, Surrey and presumably Harry was working at the Unilever plant there.

Richard, however, was living with the Hutchins family in Moore before he joined the Naval Air Squadron.  He qualified as a pilot and was attached to 816 squadron of the Royal Naval Volunteer Reserve.  He flew Swordfish
planes from HMS Daedalus, laying mines during the night at the entrances to Cherbourg and Le Havre harbours.  The next day, the Germans would sweep the mines and the following night, 816 squadron would lay them again. 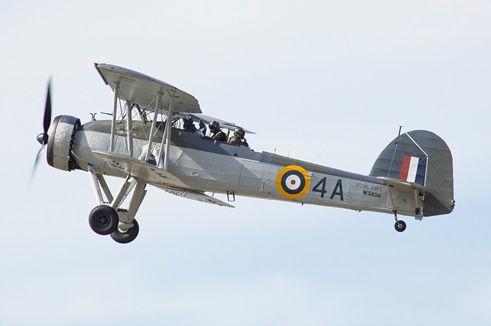 On 10 October 1942, he was flying Swordfish W5908 off Le Harvre, when his plane was hit by anti-aircraft fire and he crash landed onto the seashore.  He was killed instantly, but his observer and air gunner survived and were taken as prisoners of war.

Richard is commemorated in Sainte Marie Cemetery, Le Havre and the War Memorial at All Saints’, Daresbury.