John was born on 11 July 1894, in Piper’s Ash, Christleton, Chester and baptised in the parish church on 9 September that year. His parents were Thomas (a railway plate layer for the L&NWR company) and Ann. John had two siblings, Walter b1897 and Florence b1900. The family moved to Moss Lane, Moore, soon after John was born.

John enlisted into the Cheshire Regiment on 10 May 1915. His papers record that he was 5’ 7”, weighed 127 lbs and had brown hair and hazel eyes. His service numbers were 26268 and 266688. The record is a little puzzling, stating that he was a grocer, but working for the L&NW Railway Company and a member of the Co-operative Union. It is probable that the railway company operated a wholesale warehouse, from where John would have worked.

A fortnight later, on 7.9.16, John was sent back to the UK aboard HS Carisbrook Castle. The records say that he had dementia as a result of sunstroke/heatstroke and had complained of a headache and suffered a loss of consciousness. It is not clear whether this was related to the earlier bout of malaria. He was admitted to the Royal Victoria Hospital in Netley.

Upon his discharge on 10 May 1919, he was described as being reliable, a hard worker, intelligent and of a temperate nature.

John married Ellen M Hankey in 1920 and the following year, they had a son called Jack. By 1939, the family was living in one of the Canal Side Cottages. John was a railway lengthsman (inspecting and repairing the track) and Jack was delivering wholesale groceries. 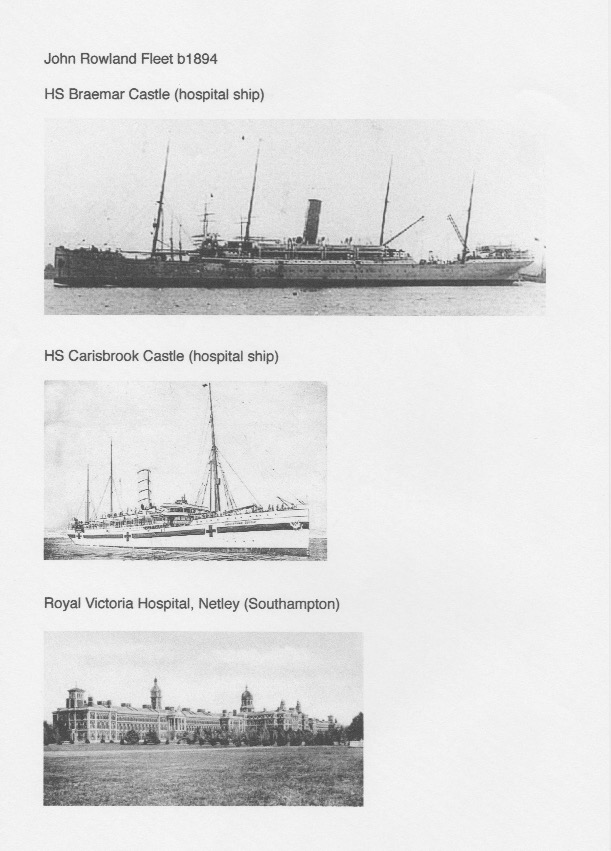