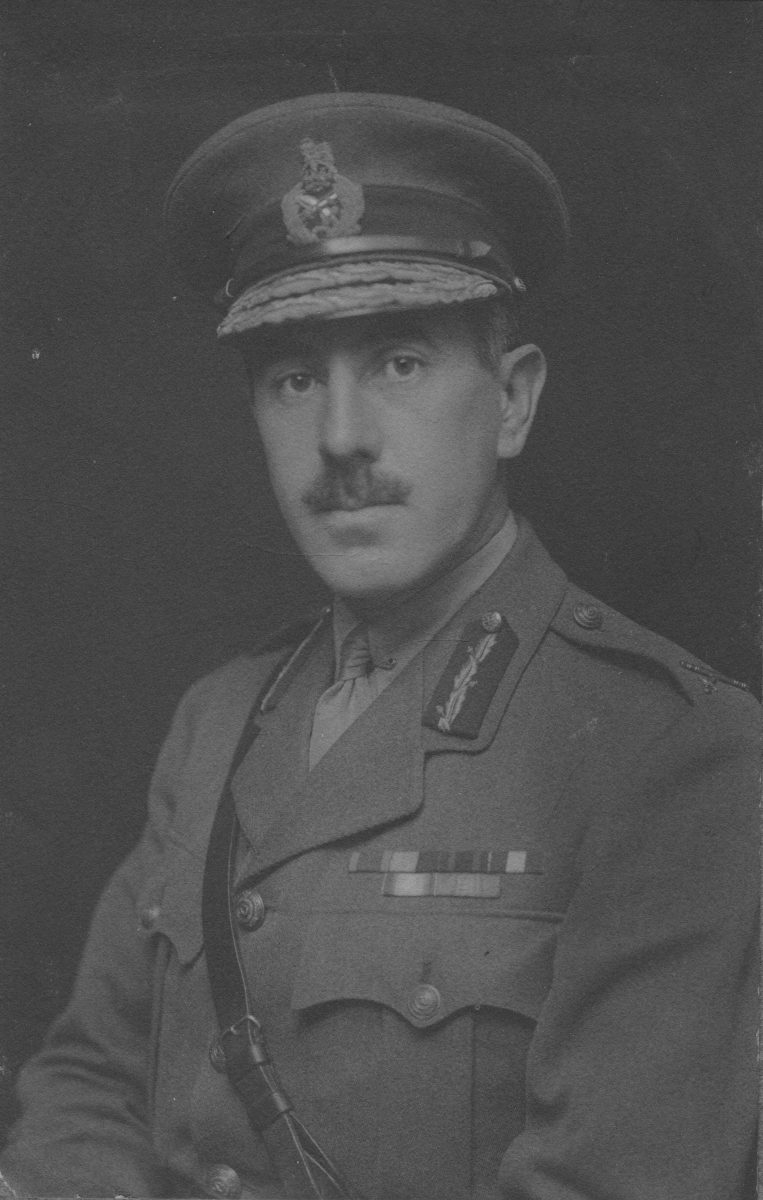 Louis was born in Islington, London, on 14 September 1874. His father was James Matthew George Wyatt, a civil engineer, and his mother was Eliza Pinta Wyatt. He was the youngest of five children.

He lived with his family in Coombebury, Kingston before becoming a boarder at Aldenham Grammar School, Elstree, Hertfordshire.

It can be assumed that he joined the army straight from school, as by the age of 20, he was already a 2nd lieutenant in The King’s Liverpool Regiment.

Wiiliam Sloane and his family had been living at The Beeches, Moore, since 1902 and for over ten years before that, they lived at The Grove.

William owned the Mersey White Lead Company in Warrington and we can assume that they were quite a well-to-do family.  His wife was Marion Jean Sloane, born in Spain. They had six daughters – Gertrude, Constance, Marion (Gipsy), Noel, Marguereta and Winifred.

We don’t know where Louis met Marion, but their engagement was announced in The Manchester Courier on 9 October 1903.  They were married the following year at All Saints, Daresbury. It was a festive occasion, celebrated by both villages, with a reception for 200 guests at The Beeches.

Louis continued to serve with the North Staffordshire Regiment and by the end of the war he was a brigadier general, commanding forces in France and Flanders. He was given the task of choosing the body of the ‘UnknownWarrior’ who was finally laid to rest in Westminster Abbey.

There were over 850,000 deaths among British military personnel in WW1. Many of these were buried in war graves, but unidentified. Their headstones are inscribed with the words:

“a soldier of the Great War known unto God”

About 3 million people in Britain lost a close relative and many more lost friends. An Anglican Army chaplain, Rev David Railton, is attributed with having the idea of burying an unknown soldier. King George V disliked the idea, but the prime minister, Lloyd George, intervened and arrangements were put in place for the ceremony.

Records are sparse, but either four or six bodies were exhumed from the Somme, Aisne, Arras and Ypres. They were taken to a makeshift chapel in St Pol, covered and concealed.

Brigadier General Louis John Wyatt (GOC British forces, France and Flanders) chose one of them. The body was guarded and honoured and taken to Boulogne, where it was put into a coffin made of oak from Hampton Court.

On armistice day, 11 November 1920, the coffin was draped with a union flag and taken on a gun carriage to the Cenotaph. The king placed a wreath upon it.

From there it was taken to Westminster Abbey where a short funeral service was held and the soldier’s body was entombed just inside the west entrance. 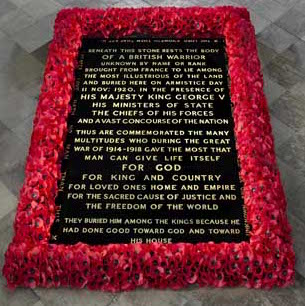 “They buried him among the Kings because he had done good toward God and toward his house” (Dean Ryle, Dean of Westminster)

Louis was awarded the DSO as part of the King’s Birthday Honours in 1916, but there is no published citation. At the time, he was commanding officer of the 4th York and Lancaster Regiment.

The London Gazette, October 20 1920, reports that he was also decorated by the President of the Portuguese republic, being made a Grand Officer the ‘Military Order of Aviz’.  This was an honorary award and may be connected to a battle in April 1918 in which the Portuguese participated and suffered very badly.

Louis and Marion had two daughters, Patricia and Laetitia. We don’t know when Louis left the army, but he took up various directorships and moved to Kirby Lonsdale with his family. In 1939, he was chair of John Hare (colours), Bristol, Director of the Mersey White Lead Company, Warrington and Director of the Moore Management Trust Ltd. In 1945 he was appointed sheriff of Westmorland and held the post for at least five years.

I have spoken to his daughter, Laetitia, at length about her father, of whom she is very proud. She has given me copies of many family, business and army documents and photographs and given DDHG permission to use them in our work.