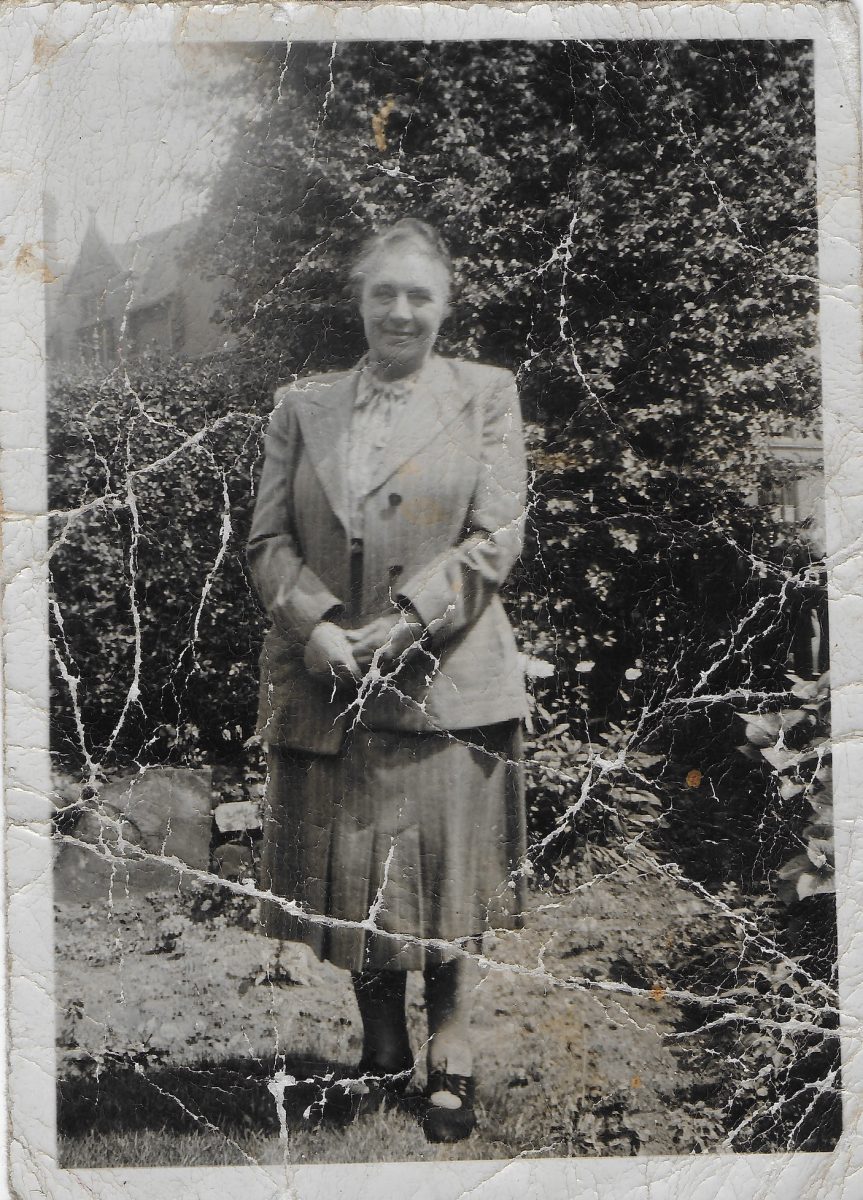 In 1877 a Board School for infants only was built at Hatton.  Three years later a girl was born in Croft, near Culcheth, who would move to Hatton as a child and eventually go on to become the school’s longest serving schoolmistress.  Her name was Mary Green, and she became a much-respected resident of the village for over sixty years.  Mary was the elder daughter of John and Elizabeth Green (nee Croft), who moved to live on Stretton Road in Hatton.  Mary had a younger sister Ellen.

There had been two successive schoolmistresses before Mary: Miss Sarah E. Needham and then Miss Ellen Watson.  By the turn of the century Mary Green had taken charge at the school.  She would have been only about twenty years old at the time.  She lived at Hatton Common with her parents and sister Ellen.

On a school day Mary would walk to the school on Green Lane (Goose Lane) via a public right of way which gave access to the rear of the school.  She could have charge of up to forty pupils in the single schoolroom.

During the First World War Mary was also a V.A.D. member (Voluntary Aid Detachment) with the British Red Cross, from 1916 until 1919, serving at Raddon Court Hospital, an auxiliary hospital in Latchford (which had an annexe in Stockton Heath).  She helped part-time with dressings for the convalescent servicemen.

Mary’s parents died between the wars.

Miss Mary Green was the last schoolmistress at Hatton when the school closed in the late 1940s.  She eventually went to stay with the Leah family in Stretton and died in 1954 aged 74 years.