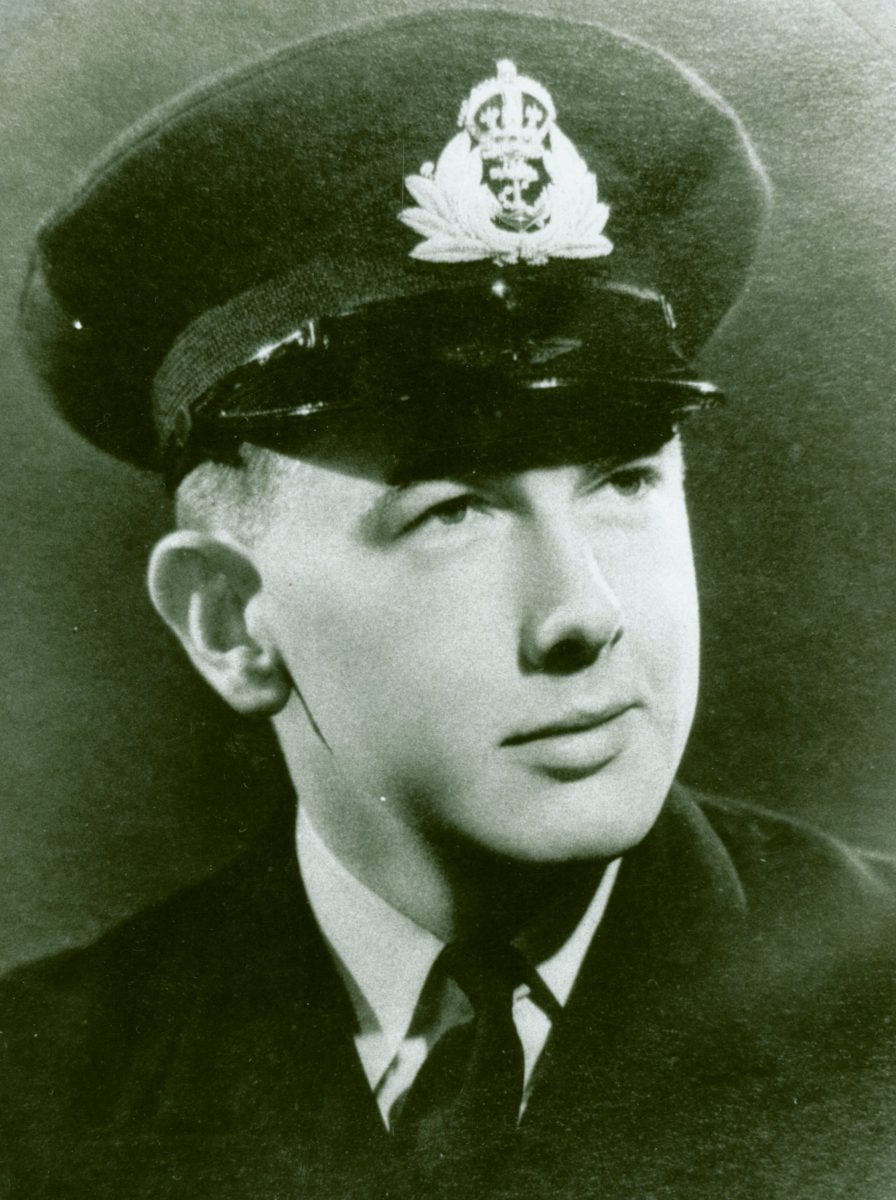 Neville was born in Birkenhead in 1920.  His father was Harold Leslie Frodsham and his mother was Hilda Heathcote.  He entered Grafton House in Oundle School in September 1934, where he was educated until he left school in April 1938.

He joined the Royal Navy through the public school entry system, initially serving on the training ship, HMS Vindictive.  By this time, his parents had moved from Birkenhead to Moore, where they lived in a rather grand looking house called ‘The Beeches’.  Harold was a chemical manufacturer and served as assistant chief warden for Runcorn Rural District Council during WW2.

In May 1939, Neville sailed to South Africa aboard the Union Castle Line ship called the Dunvegan Castle.  In Cape Town, he joined HMS Neptune, whose crew was largely made up of the New Zealand Division of the Royal Navy and South African personnel.  A few months later, the ship was patrolling the South Atlantic in pursuit of the German battleship, the Admiral Graf Spee.  Subsequently, she was sent to Uruguay in the aftermath of the Battle of the River Plate.  The following July, she became the first British ship to spot the Italian fleet in the battle of Calabine and gave the news ‘enemy battle fleet in sight’ – the first time that this signal had been sent since the Napoleonic Wars.  Minutes later her main guns struck the heavy cruiser Bolzano three times. 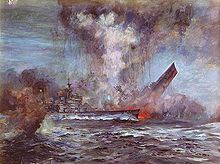 In May 1941, Neville transferred to HMS Hood and was promoted to acting sub lieutenant.  The Hood and Prince of Wales were ordered to intercept the German battleship Bismarck and the heavy cruiser Prinz Eugen, which were en route to the Atlantic, where they were to attack convoys. At 6am on 24 May 1941, early in the Battle of the Denmark Strait, Hood was struck by several German shells, exploded, and sank within 3 minutes, with the loss of all but three of her crew. She had been perceived to be invincible and her  loss had a significant effect on British morale.

Back in Moore, Jim Wood, the postmaster, had the unenviable task of delivering a telegram to Harold and Hilda Frodsham, telling them of the death of their son.  He was 20 years old.

Neville is commemorated on the Portsmouth Naval Memorial and the War Memorial at All Saints’, Daresbury.

On a recent holiday in northwest Scotland, I came across this fascinating story……

In 1934, HMS Hood was anchored in Loch Eriboll, Sutherland during its missions and exercises between the wars.  Members of the crew came ashore and set out the ship’s name in stones above the tiny village of Laid.  Other ships are commemorated in a similar way.  The stones were whitewashed so that they could be seen from the loch below.

They lay undisturbed for many years until, in 1993, pupils from Durness School cleared away the undergrowth and repainted the stones.  The paint is provided by the Royal Navy.  Each year, on 24 May, the school holds an anniversary service in memory of the crew who lost their lives when the Bismark struck in 1941.

It is difficult to see and hence to photograph the stones.  They lie about 190m above the loch.  On the opposite shore is the tiny Eriboll Church.  A church no longer, but fully restored by the Eriboll Estate.  Inside there is a plaque that commemorates HMS Hood.  Unfortunately, the church was locked, so I couldn’t go in to see it.  From the church though, I could just make out the stones high up on the opposite side. 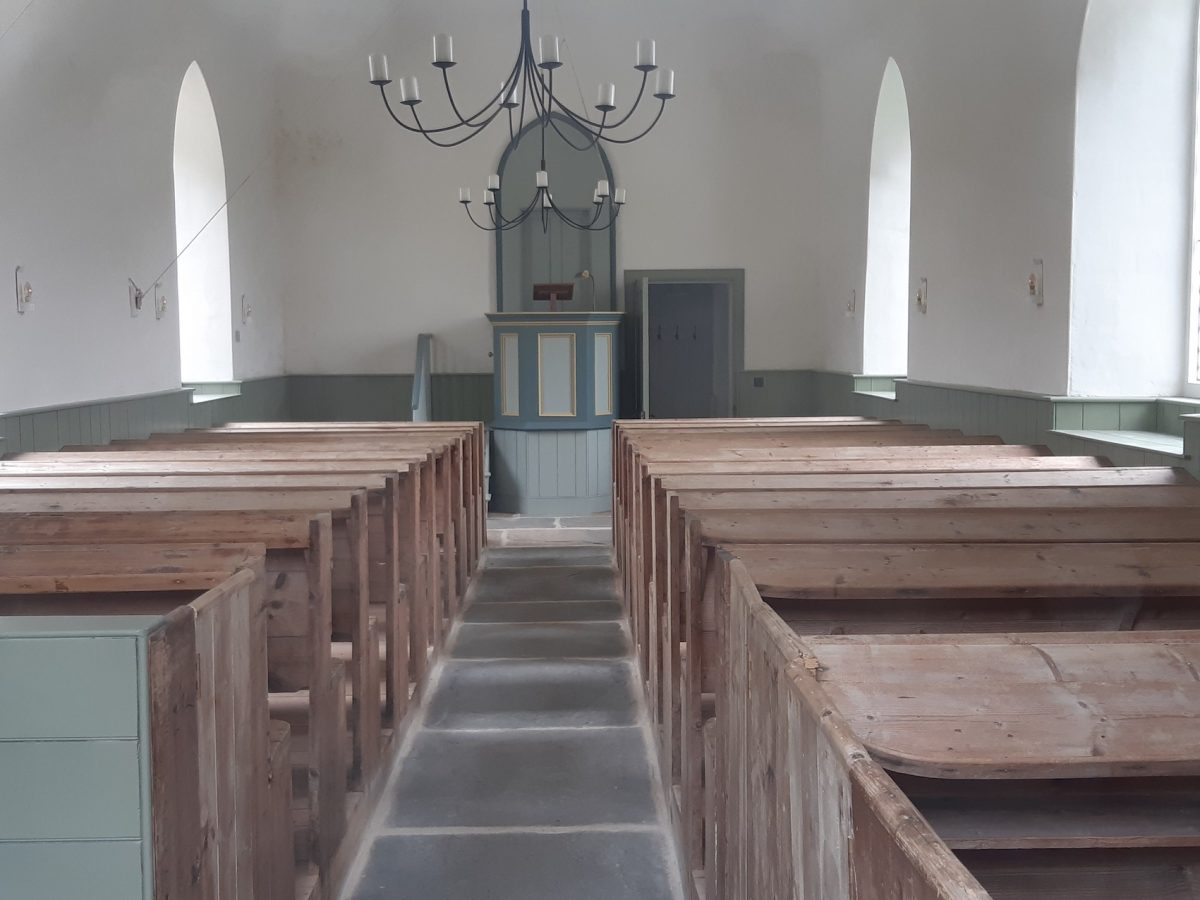 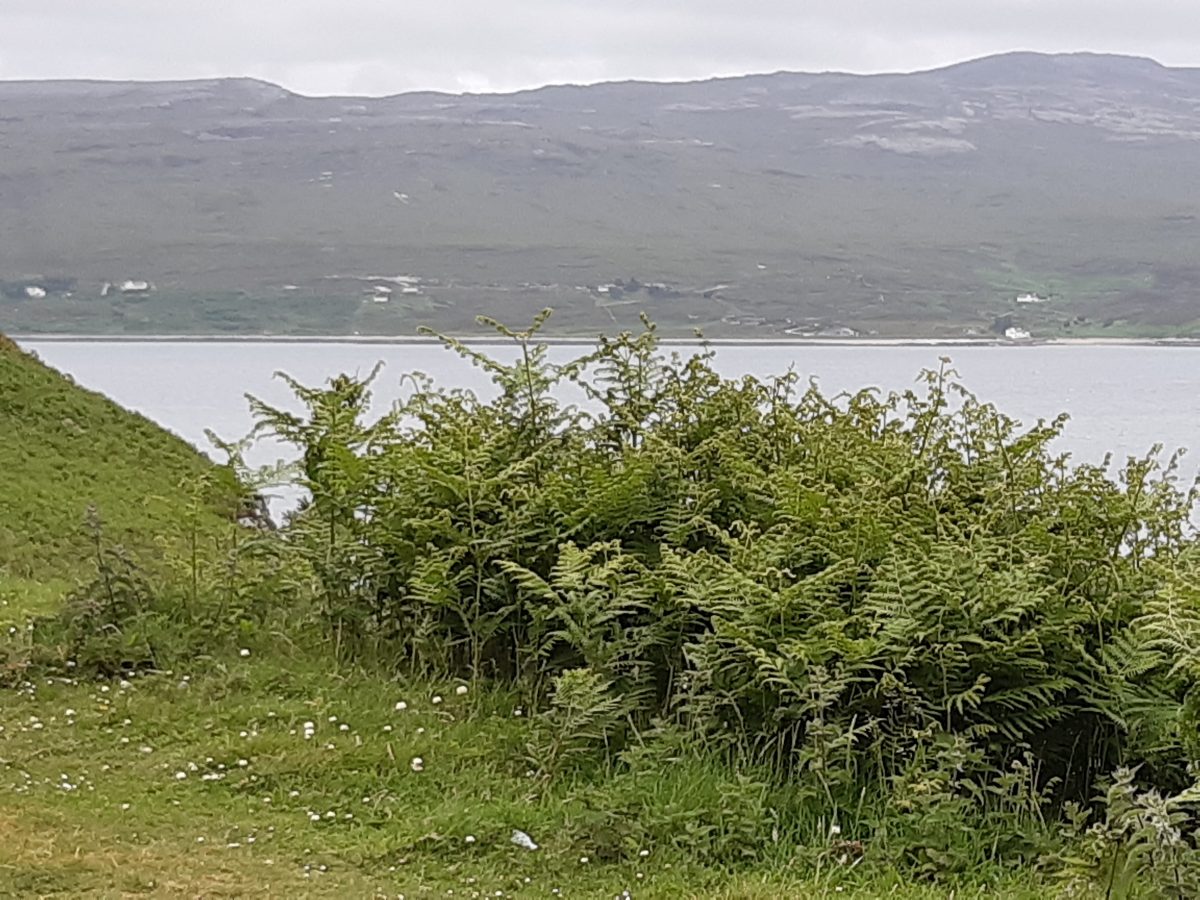